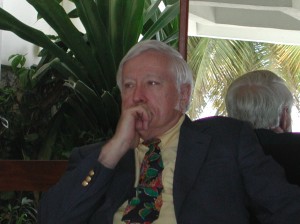 Meet Mr. John Hardy Sr. John was my partner and friend for many years. He passed away a few years ago. In his early years he was an engineer that worked with NASA and was the lead engineer on the designing and building of the Apollo space suit. No small job by any means. Later in life he and his wife Lois opened La-Z-Boy here in Scarborough Maine. He became a well respected businessman and helped many people in the community. John and Lois are some of the nicest people you could ever meet. John was instrumental in getting The Root Cellar up and running. THE ROOT CELLAR IS A CHRISTIAN MISSION WITH THE GOAL OF UNITING THE LOCAL COMMUNITY IN THE COMMON CAUSE OF SATISFYING THE PHYSICAL AND SPIRITUAL NEEDS OF INNER-CITY YOUTH AND THEIR FAMILIES. 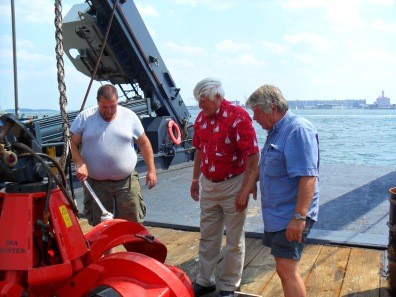 John was a christian man with christian values. He was one of the most intelligent people I have ever had the pleasure to work with. He loved working on our shipwreck projects and would learn everything he could about each one. He traveled to Haiti, Miami and other places to meet either government officials or others to either sign contracts or to gather more information so he could form an honest opinion on each project.  His engineering background help in many different aspects as we had to design and build many different tools for our projects.

I really miss John….. I know he would be so disappointed in all that has happened, the lack of belief from most of the partners on the PN project, the media and some of his own family. He had faith in this project, faith in me. I held his hand soon before he passed and he was worried about the ship and the crew, an awesome man.