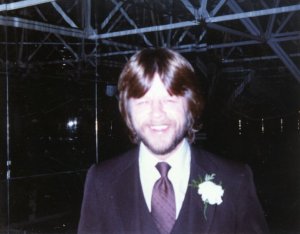 One of the most unbelievable stories about Haiti is one that my dad told me when I was younger, which I have since told to many of my friends. Their responses range from disbelief, to amusement, to thinking how awesome my dad is. There have been many times where I’ve told someone what my dad does for a living only to have them think I’m making it up or trying to pull a fast one on them. It’s okay though; I understand that it’s a rather uncommon thing for someone’s dad to do for a living. In today’s modern world, full of entertainment like Pirates of the Caribbean or Indiana Jones, such professions are often glamorized beyond the limits of reality. While my dad does research shipwrecks, and then use his ship and various pieces of equipment to excavate their contents, there are precious little encounters with pirates or trips back through time. Sometimes, though, there are likenesses to movies.

On that initial trip to Haiti back in 1984, my parents had an up-close encounter with the Tonton Macoute, the guerilla soldiers who patrolled the country of Haiti under strict disciplinary rule. My parents were traveling in a rented van near an old Haitian rum factory with their friends Mel and Pat, when a soldier with a gun stopped the van and demanded to see my dad’s travel documents. He showed the man his Maine license, which the soldier threw into the dirt. Unsatisfied, he climbed in the back of the van and held his gun to my dad’s head, directing him to drive up a mountain. When they reached a prison, surrounded by many other guards, the guard in the van took my dad and Mel, leaving my mom and Pat alone in the car. My mom feared she would never see either of them again.

My dad and Mel were taken inside the Haitian prison, which was in a state of disrepair. All of the prisoners were kept underground. As they walked further into the prison, they could see people reaching up to them through the grates. It was obvious that the prisoners weren’t being kept alive thanks to the guards there – any food or drink that prisoners had was delivered by their families, meaning if the families didn’t come, the prisoners wouldn’t eat. Many cells contained dead bodies, long since left to decay. Feeling hopeless, particularly because of the language barrier that existed between them and their French Creole-speaking captors, my dad and Mel tried to do whatever they could to just go along quietly, so as not to be thrown in jail or killed.

After a moment passed, the guards started whispering while looking at my dad. Back in the early to mid 80s, my dad had very shaggy, wavy hair and his signature mustache (see photo – my dad in late 1981). My dad wasn’t sure what they were saying, but one of them spoke very broken English and turned to my dad and said “Movies?” Trying desperately to stay alive, my dad nodded, still unsure of what was happening. “You in kung-fu movies?” the guard pressed on.

My father then realized that they thought he was American actor Chuck Norris, who had a similar build, hair and mustache. He leaped into a kung-fu pose as fast as he could, which impressed the guards thoroughly. Without any further questioning, they let both my dad and Mel go.

It’s a strange story, but thanks to Chuck Norris, my dad is still alive and was able to start this business! I’m sure there’s a joke in there somewhere, but it’s always been a favorite story of mine in relation to Haiti and the start of this company.