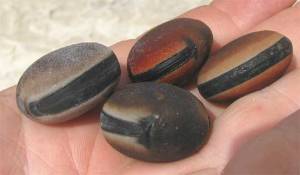 In 1998, my dad Greg Brooks had been on numerous treasure hunting trips. They spanned from Haiti to Canada to South Carolina to the Florida Keys, but they all had one thing in common – time away from his family, sometimes so far out to sea that he couldn’t be reached by phone or email. There were times when he would have to miss holidays or birthdays because they would have to go whenever they had the money and the weather allotted. In many ways, it was no different growing up with my dad on these trips than other kids I knew who had dads or moms in the military, or who would have to go on business trips for important meetings. To us kids, it was really all the same. While our dads were away, we would miss them. I would worry a lot because some of the places my dad went were dangerous. My mom quelled a lot of my worries, but knowing that my dad was in Haiti was always scary since he had been injured and almost put in jail there before, on two separate occasions.

Being away from home was hard for my dad, but it never really put a damper on my parents’ relationship. They have been married since 1981 and together since 1980, and this union never faltered. I am lucky that I had my mom since she took great care of me and quelled a lot of my worries about my dad being gone.

One of the most interesting things was what my dad would bring me when he would come home from his trips. Sometimes he would bring me little things, like a box of multi-flavored fruit slice candies from South Carolina. While those were fun, it was the things that didn’t cost any money that was the most interesting. While out on the seashore or exploring some new terrain, he’d find stuff. Weird stuff! One time he brought me back a United States silver dollar with John F. Kennedy on the front. The coin had a bullet hole in the center, right on JFK’s head, and the silver coin had curled up around this bullet hole. He found this in his travels and thought I might like it. Another time he brought me a giant swordfish bill, which he had found in the water surrounding one of the wreck sites the crew had been working on. Shark teeth were another common gift – I soon had a collection of several different sized shark teeth which I displayed on a windowsill.

The weirdest gift my dad gave me was a small object resembling a nut that he found on the beaches of Haiti (see photo for example). It was brown with a dark brown stripe around its middle and was flat and round. The surface was smooth and when held it would heat up a surprising amount. We called it the “hamburger nut” because it looked just like a hamburger. Research has shown me that these are actually seeds – called “mucuna seeds” that are commonly nicknamed sea beans. When planted, mucuna seeds will sprout into small flowering bean plants. They are called sea beans because they often wash up on beaches and are carried away by tides. While commonly found on tropical seashores, they are not native to sandy beaches and can’t actually grow there! Very interesting.

Having my dad back was always exciting, and so were the stories he would tell and these objects that would go along with them. I still have them all and consider them some of my most valued possessions. They are so unique and each one holds a small portion of the many adventures my dad has embarked on.