An Ode to Nine 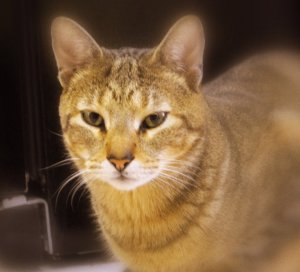 When you are out to sea for days, weeks and sometimes even months at a time, it is necessary to look for things to keep your spirits up. Of course the crew is usually hard at work when they are on the open ocean, but there is always a bit of free time. Crew members develop close friendships, and maintain a camaraderie. In their off time, they watch movies together, play guitar, take photos, and go fishing. Everyone has different hobbies and interests, but all of the crew members agreed on one thing – there was nothing that could make them smile like Nine!

Nine was the crew’s resident cat onboard. He was a gray striped tiger cat with big soulful eyes and the best sea legs of anyone on the Sea Hunter. Nine was rescued from Louisiana when he was just a kitten, after he had been abandoned on the side of the road. Dave St. Cyr, one of the crew members, found him and asked my dad if he could take him back to the boat. My dad has always loved cats and told him he could. The little gray kitten was christened Nine, since at that point he was the ninth crew member onboard!

When my dad told me they had gotten a cat onboard, my inner cat mom voice came out (I grew up with cats and now have three of my own). I was concerned about the safety of a kitten on a big ship, and made sure to remind them to take Nine to the vet for a check-up. It wasn’t long after they had gotten him that I got to meet him onboard. There was something very special about him. He moved around that ship like it was his own personal jungle. He didn’t get in the way of the work, and he seemed to know what areas were dangerous and which weren’t. He stayed in the bunks and galley most often, eating treats hand fed to him, and laying with my dad in his bunk. Nine loved all the crew members and any attention they gave him, but he had a special relationship with my dad. My dad adored Nine. Everyone did. Many legends say it is bad luck for a ship to have a cat living on it, but anyone who saw the brightened spirits of those crew members whenever they saw Nine walking around would have thrown that silly superstition out the window.

It is important for crew members to have something outside of their work that means a great deal. It’s good to have reminders of home, and often when friendships are formed onboard that can help ease the pain of missing family and friends back home. Having Nine on the ship was like that. He provided a reminder of comfort and home, and became part of the crew’s little family. His star shone bright – he even made it into a newspaper article about Sub Sea Research!

Nine lived on the boat for over a year, and disappeared when the ship was docked in Cape Cod in the fall of 2010. We still miss him every day and remember him fondly. His feline legend will live on. This is for you, Nine!

One thought on “An Ode to Nine”