For those who are IN the salvage and/or treasure hunting business, they realize that it’s not a “get rich quick” kind of business. You read about them in history (and millions more you don’t know about). Those “gold crazed” individuals who thought it would be easy…all they needed to do is get a boat, some equipment, do a little research to find an area where a known ship hauling treasures sunk and dive right in. Well, maybe they didn’t think it was that simple, but you get the point. They start out strong and full of excitement. And before they know it a season or a year has just zipped on by. Life happens, things start to get tough, the motor goes in their boat, their equipment breaks or they realize they need that very expensive tool and let’s not forget what Mother Nature might have in mind. On top of all that, most of these starry eyed treasure hunters still have to work at a paying job, and that usually only leaves nights and weekends to dive. Before long they are defeated and end up calling it quits, selling what they have to pay off their debts and walking away from their dream.

From my point of view it wasn’t their passion, because if it were, they wouldn’t have given up in the first place. They were dreamers. As my brother Greg Brooks has said a million times, “If it were easy everyone would do it!” It takes a special kind of person to persevere day after day, week after week and year after year. That in my opinion is someone who believes in and goes for their dream, NO MATTER WHAT!

At the time Greg went on his first diving trip to Haiti and came across that silver bar, he was a successful business owner. Through many years of learning the craft and hard physical work he built a business designing and building custom gunite pools throughout the New England area. Once home from his trip and upon his initial research, he learned that there were millions of sunken ships with valuable cargo lying on ocean floors all over the world. This instantly intrigued him and before long he had a dream. That dream was to one day have a crew and be able work full time finding and salvaging ship wrecks. He knew it was not going to be easy. There would be many obstacles in his way, but he was determined to realize his dream. He continued building pools and used every spare moment to educate himself about the treasure hunting world. He scoured libraries, researched on the internet and talked to anyone with historical knowledge about the business.

The year was 1993 when Greg and Kathy (his wife) took a leap of faith, sold their pool business and began Silver Seas and dove right in (no pun intended). Their journey had begun….It has now been over 20 years and Greg continues to be steadfast in going after his dream.

Did he have many hard times? Most definitely, Yes.

Did he face financial problems? More than once, Yes.

Did he have naysayers telling him he would never succeed? They continue to this day, Yes.

But the real question is, did he ever give up? NO NOT EVER!

There are those who are passive dreamers and then there are those that dream with passion and do whatever it takes. And that I assure you is Greg and the crew of the M/V Sea Hunter. Each one of these dedicated men has sacrificed in ways others would never dream of. They continue day after day, week after week and year after year. They, like Greg and Kathy, will do whatever it takes to follow their dreams no matter what! 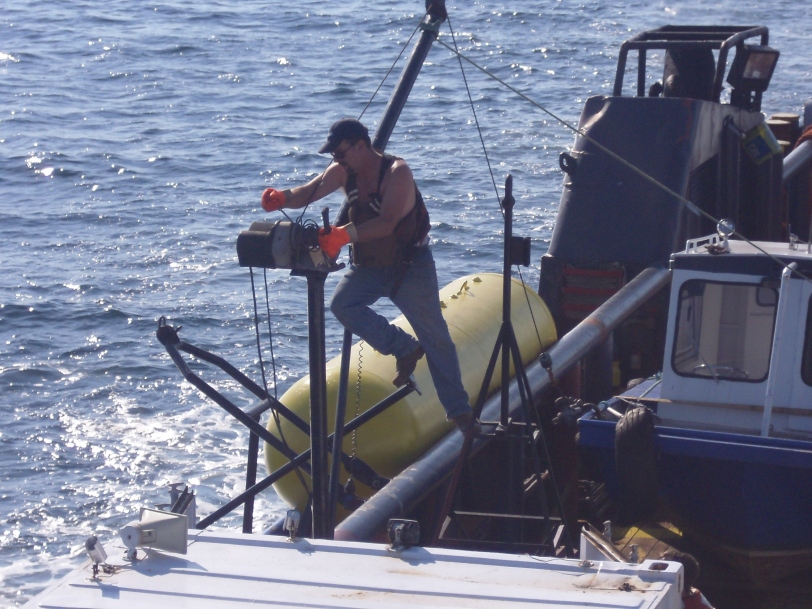