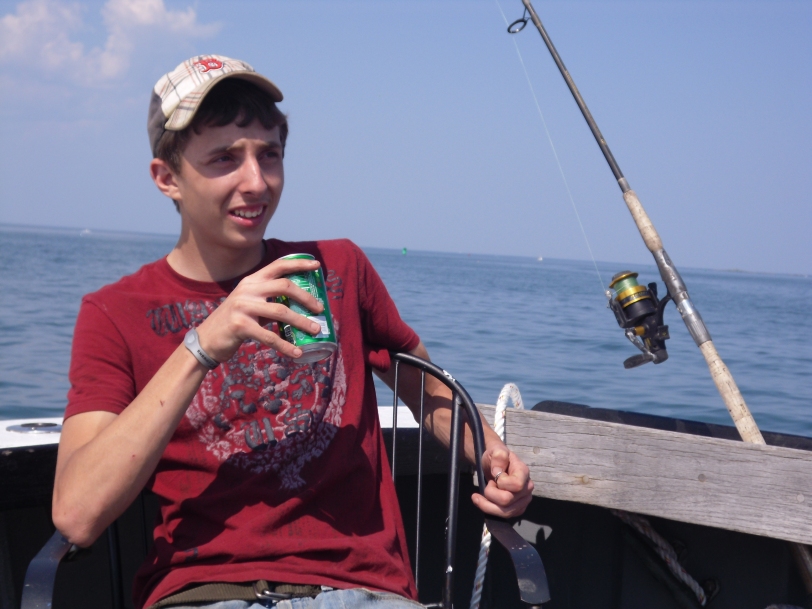 Cody, always up for an adventure

One of the youngest members of the Sea Hunter crew is Cody LaChance. He came aboard two seasons ago and is gearing up for season three. Though Cody doesn’t have any real life experience working on a ship, through his father’s many positions working on the ocean he got to experience what it was like.
Hired as deckhand, you can find Cody doing everyday maintenance onboard. One day he may be scraping chipped paint and the next day he is painting that area. Or he could be cleaning and organizing different areas of the deck. He also helps to keep the inside living areas clean,scrubbing the walls, the head or vacuuming the

While another crew member is working on a specific project, they can usually count on Cody to be their helper. Whether it’s to run and find a missing part, go get something from another area of the ship or to just stand there and help out when needed. Other people may take offense to being put in that position however, Cody is happy to help wherever and whenever needed. With his boundless energy and great sense of humor he has been a good addition to the crew and has made us laugh on many occasions.

While working the Port Nicholson site Cody has a couple other responsibilities. He is part of a rotating crew that does night watch. This is an important job and one he doesn’t take lightly. While the others are sleeping, he is responsible for keeping a watch on the ship’s radar to ensure it doesn’t drift too far out of position. He also makes his rounds through the engine room and shaft alley checking that all equipment is running smoothly. Being part of the tether management team, Cody can be found adding zip ties to the 700 plus feet of cable that is attached to the rov (remote operating vehicle) every so many inches. When the rov team is done with their mission, he is then responsible for removing each and every zip tie. Now this might seem like a mindless and easy job, but I am here to tell you it isn’t. There are times after working all day and having only a few hours of sleep, the rov crew is ready to fly again and it can be 3:00 in the morning. While Cody is removing the zip ties he has to be absolutely certain not to miss even one, as that could spell disaster. If one is missed it could get jammed in the pulley and potentially cause great damage (if not loss) to the rov.

Like most young men, Cody misses his family and friends when he is away working in Boston or on the site; however he absolutely loves his job. One of his best experiences on board was when the rov team recovered the compass from the Port Nicholson. Being part of this team he was one of the first people to see and touch it when it was lifted from over 650’ below the ocean. He was so excited as he realized how monumental this was. 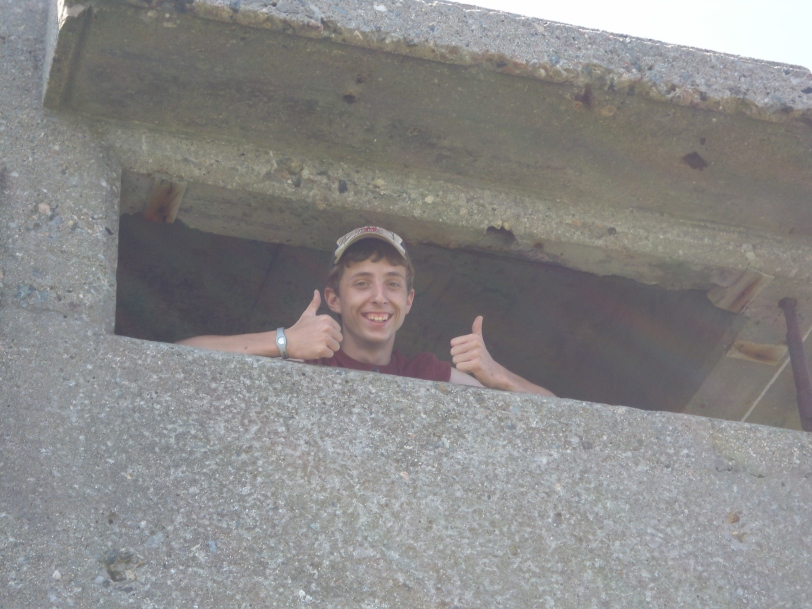 Discovering a fort on a nearby island in Boston

Having Cody around, I felt helped to keep me young. I enjoyed having him hang in the galley with me (at times) while I was preparing meals. He would educate me on what the younger generation was doing or thinking. I in return, liked to think I gave him some motherly advice, especially when it came to money. Each pay period Cody would go into Boston and return with the latest video game, a skate board or a new pair or expensive sneakers. I kept trying to persuade him to save a portion of his pay each week so that he would have a nest egg to fall back on. He would always seem to listen to me and though he knew it was sound advice he couldn’t help himself. I really did understand, as I do remember how exciting it was when I first earned my own money and could do with it whatever I wanted. But, there is one thing I never gave up on and that was how much junk food he consumed. He loved soda, chips, candy and fast foods. He ate it every day. I would try and explain the consequences of eating so much sugar but it didn’t seem to help. However, he was always generous with his treats and would share with the crew. As I’ve watched him grow and mature these last couple of years, I have no doubt he will do hope well in life. Cody has a giant heart, a curious mind and a caring spirit.